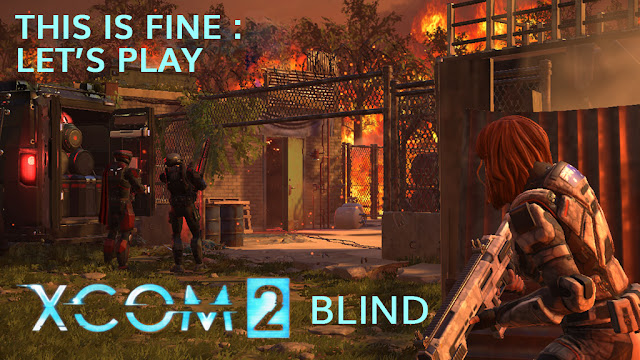 The original XCOM was a science fiction strategy video game series that began with the title UFO: Enemy Unknown in 1994. Published by MicroProse, the game received sequels in 95, 96, 97 and 98. The premise of the series is that an alien invasion in 1999 prompts the creation of a paramilitary organisation to combat the new threat. The turn-based combat games that resulted were widely praised thanks to their deep gameplay and compelling story, as well as the fascinating aspect of permadeath wherein soldiers that died in a mission would remain dead for the rest of the game.

However, subsequent to the acquisition of the franchise by Hasbro and a disastrous third person shooter release, XCOM Enforcer, in 2001 the proud series fell by the wayside, with planned sequels quietly cancelled as the studio wound down.

And for 9 years the series lay dormant, until an announcement by 2K Marin in 2010. The studio announced a reimagining of the series slated for 2011, however after being repeatedly mishandled the game ended up being Shanghai’d by another effort, this time from Firaxis Games.

In 2012 Firaxis, led by MicroProse founder, Sid Meier announced the development of XCOM: Enemy Unknown. The game garnered universal praise on release, wowing fans both with both its faith to the original as well as use of more modern gameplay conceits. An expansion, Enemy Within a year later would maintain that high standard, improving character customisation and continuing the story.

But that wasn’t the end. Buoyed by the success of the game, Firaxis would continue their efforts, announcing XCOM 2 for release in 2016.
Continuing the trend of excellence, Firaxis hit it out of the park once again, with critics stunned to find a game that had built upon the foundations of its predecessor whilst still innovating enough to keep things fresh.

I alongside the strategic Yorkshire Tea will be a running an ironman (a single save, no reloads) video LP of XCOM 2. We’re also doing this blind which will hopefully make it even more ridiculous. Our objective is to complete the game on normal difficulty. If we get to a point where the game because impossible to complete, the LP will be declared over and we’ll conclude on our experiment barring fan demand.

As we’re going in blind, part of the fun will be our reaction to the story and how it pans out. As such I’d appreciate if story and mechanic discussion related to areas we have not reached yet be covered under spoiler tags. Like this!

As part of the LP we would like you, the people reading this thread to submit characters to us for the run via the google form linked below:

A character creation video has also been provided just in case you don’t own the game but want to submit a character anyway:

I am happy for people to submit partial characters and have me fill out blanks as appropriate, a core idea in the description would be handy however!

Character Submission is Open At All Times.

I will take any and all ideas, be they celebrities, video game characters or anything else, I would ask though that submissions be staggered somewhat. Whilst I appreciate some viewers will have a thousand ideas, I’d ideally like to avoid crowding out those people who have only submitted one.

And that is more than enough from me, so sit back, relax and enjoy the carnage.

Episode 0.5 - Character Creation - In which Nat20 shows how you can submit your own characters for the LP!
Posted by Natural 20 at 8:58 AM