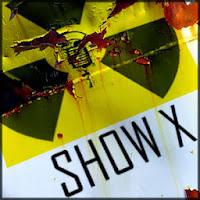 Wayne remembers our friend Dr. Genkidesho who passed away this last week. He was an amazing friend, gamer, and geek. He was generous with his time and his heart. Wayne hopes to have him honored in game by reaching out to Psyonix to see if they would add a bot in Rocket League in his name.
Wayne also went to A-Kon last weekend. His cosplay group did its first run at characters from Tales of Zestiria. Wayne played the part of Dezel. Zenko.Akko cosplay provided all of the costumes and kept crafting all the way up to when the costumes were worn. Wayne also pulled out his Brock costume again. During the con Wayne was introduced to the anime nonsense that is Ghost Stories dubbed.
Wayne also checked out the Colorado Rennesainse Festival with a portion of his cosplay group. His group got to meet up with Hydroxycut as well.
Wayne also recommends checking out the anime Stein's Gate and the movie Power Rangers.