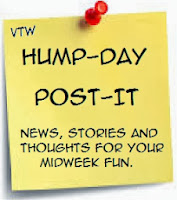 With Summer coming to a close for those of us up on the northern part of the planet. We find ourselves crunched for time. We soon forget why we are living. The purpose to everything behind it. The saying, Don’t forget to smell the flowers along the way, is not just a flower store support slogan. It has a point. Unless you are allergic to flowers, then they are trying to kill you. Sorry. For others, it is a reminded to
take a step back and remember to look at everything around you.

This reminds me of the time Kerry and I were traveling in the southern France region back around 218 BC. We were on the way south coast to cross to Egypt. We decided to go visit our friend Ptolemy IV who we knew was ruling Egypt at that time. Besides, he owed us some gold for some work we did…another story. Anyhow, we came across this Carthaginian army on their way to Rome, but seem to have become stuck crossing a river where the Romans had allies blocking the other side. The Carthaginian leader was Hannibal, who we knew through an old roommate who was an old trading buddy of Hannibal’s father. So we meet with him and told him we knew several Celts along the river and reminded him about the hatred they had for the Romans. Put a little boozes in those guys and man they can complain about the Romans. One even wrote Roman in the dirt and dropped his pants to pee on it. Yes, they had a chip of their shoulders for them. With a shared meal and quick chat session, the Celts agreed to help Hannibal and his army. We didn’t mind helping because the Romans sent Publious Scipio, who was a total dirt bag. We had no problems helping Hannibal at this point. We took a step back to look at the whole picture. We realized this had the same set up Alexander the Great and his crossing of the Hydaspes River. Hannibal agreed and everything fell into place. There were some Cavares on the other side, but Hannibal had it covered. Soon he was on his way, and with thanks and blessing from him, Kerry and I were on our way south. Hannibal also arranged us a pretty nice ship to Egypt. What a trooper.

Trips with friends can be spontaneous and exciting. Full of memories and stories to share over many fires. So call a friend up, pick a spot near you and just drive. Take lots of pictures and tell a story. In time, it becomes Legen...Wait For It...Dary. 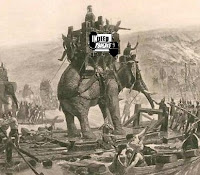