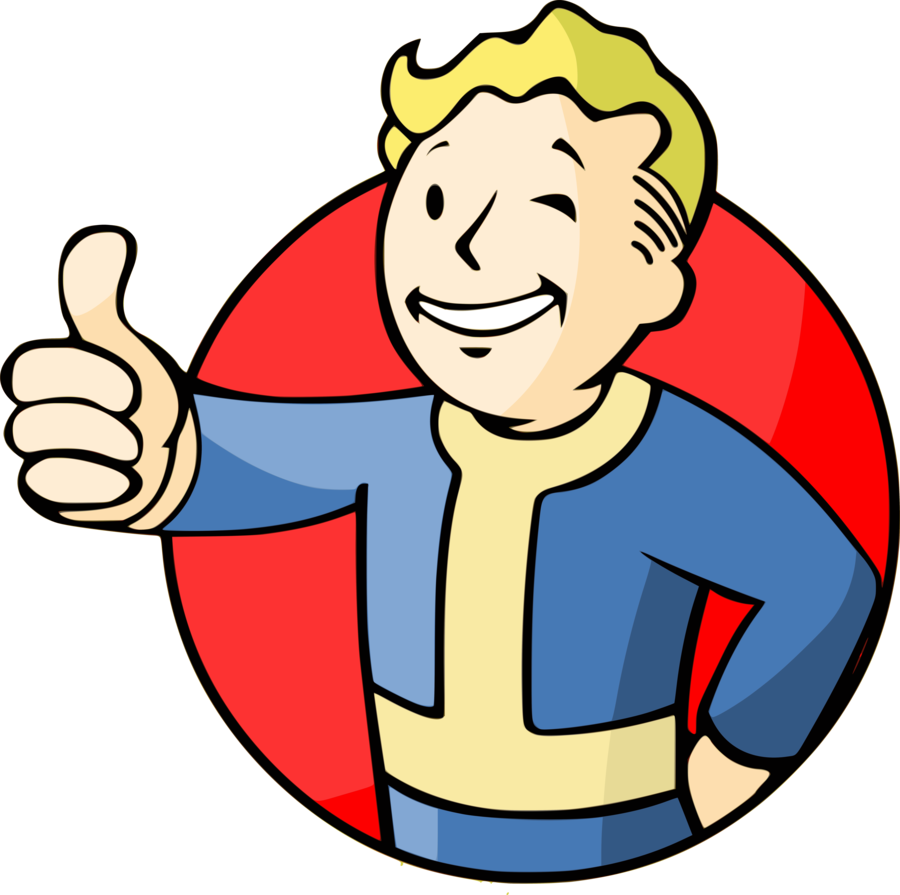 No, I have no details about the game, but wanted to talk about what I would want Fallout 4 to be. It's been almost 4 years since Bethesda released Fallout 3 and I love that game. I made sure to pick up the GOTY edition on the Steam summer sale. I have never played any of the Fallout games before 3, so I guess I'm not completely knowledgeable about the entire series. All I know is, Fallout 3 was damn good and talking with my friends about what a new Fallout game would be like is always an interesting discussion. You could be asking yourselves, “what about New Vegas?” I refuse to acknowledge that piece of crap, horribly scrapped together, game. To keep a long story simple, I didn't like it and that's that.

The first topic usually when thinking about a new Fallout game that comes up is where in the US will it take place? I'll go over what I want and then my actual best guess(because, this game will come out eventually...right? It fucking better!). The Operation Anchorage DLC was my favorite DLC from Fallout 3. I loved the location with snow and ice every where. So, I think it would be cool if maybe the next game was located in and around Denver, CO or Chicago, IL. Pretty much somewhere that gets snow and the game will kind of have that nuclear winter feeling. I think with where GFX are at today, it would look cool and open up new possibilities for new types of monsters, story lines, dungeons, and weapons.

Some might think it's “too themed” seeing as how New Vegas was kind of the “desert game” or in RPG terms, the fire world, but I still would love to see it. The Sears Tower just destroyed and frozen over, Wrigley Field is just used as a death Colosseum where wasteland hobos bet on who will win, the man or the giant, furry, mutated monster that roams snow. That would be sick.

Now, my best guess based on NO KNOWLEDGE OF ANYTHING HINTED AT ANYTHING WHATSOEVER, would probably them bringing it back to LA or southern California, the same location as in Fallout 1. Why? Well, it was the beginning of the series and plus, I would assume that creators would want to see their original work kind of revitalized with modern day GFX so they can show the world what their game should really look like. Plus, LA is a popular major city with surrounding mountains, ocean, lakes, so the terrain would be well diverse. Just my best guess. I could be completely wrong, which is highly likely considering that there is research whatsoever in my thought...yeah. 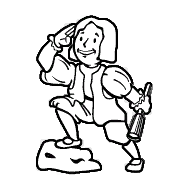 Other things I hope for in a new Fallout game is a bigger map, more locations, but less quests. In New Vegas, there felt like there was a quest for every location on the map. I hated that shit. I liked how in Fallout 3, I would stumble upon a location, find a cool gun or something, then carry on. It wasn't destined by a quest, it was just by chance. Also, Skyrim had a lot of stupid side quests that were randomly given to you; just cut that shit out. If I recall, Fallout 3 had 25 or so quests. That's fine. Leave it at that. Let me explore the game on my own. That's a lot of the fun for me. If the game does focus on a major city, which I'm pretty sure it would, I would want the city portion to be bigger than DC in 3. Also, less subways to get around to. The subways were just annoying to get through and pretty boring. I would prefer more buildings to roam around in, more rooms to check in those buildings, etc. Once again, LET ME EXPLORE. 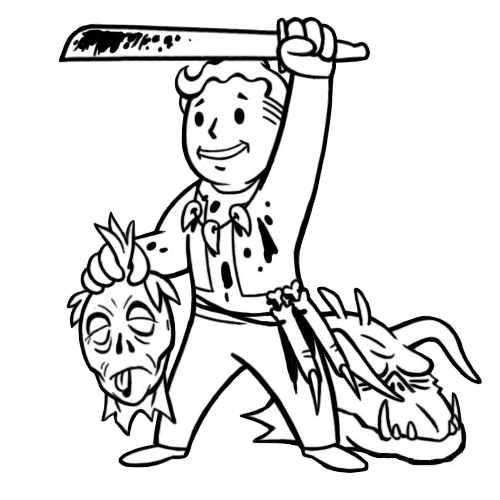 Some better melee combat would be awesome too. I never really used melee in Fallout because it didn't really seem to have an advantage over using rifles or machine guns. They tried to advance it in New Vegas, but I felt I experienced the same thing. You have to get up close to the enemy, wail around until it falls down. Not really engaging. And you had to have your melee skills increased really high to use some of the special melee attacks. So, I would like to see a different way to utilize melee combat. How about instead of having to go to the menu and equip or use a hot button to change equipment, they simplify it by having you equipped with 1 ranged weapon and 1 melee. For example, if I'm using a machine gun and a sword, I have them equipped at the same time and a button would quickly change between the two. So if some mutant startles me randomly and I'm too close to fire, a quick switch to melee, and I mean a QUICK switch, that turns into sword swinging almost instantly. Or better yet, can I dual wield a pistol and a sword? That would be cool. Just something to make it feel like melee is USEFUL.

Continuing with melee, certain abilities surrounding it would be cool too. I mean, Fallout is an RPG, so what if I wanted to be a melee heavy character, like a Monk. There should be abilities that boost my defenses and guard ability should I choose to walk that path. I mean, Fallout has never really broken down and given the game a defined class system, WHICH IS GOOD, but they should have more options open for players that want more specific things. 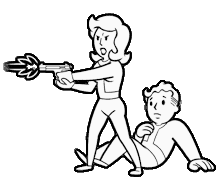 A quick thing, it's more of a PLEASE DON'T DO THIS instead of what I want to see, but, I hope they don't throw away Speechcraft like they did Skyrim. You know, how they melded it with Barter. Speech is my favorite ability to level up and put points to, especially in a game like Fallout. I mean, if you think about it logically, in a world full of mutants, raiders, radiated food, almost no water or resources, you kind of have to use your wits more to survive. So fuck it, how about an advancement in Speechcraft. Let me have the ability to talk people into doing things or into liking me(like in Oblivion) instead of the standard [Lie] prompt. Evolve that somehow. More dialogue trees and more involvement with speech. If I meet a random dude in the wastes, I should be able to talk to him to either join me, or give me his stuff, or talk him into checking a location with the promise of food but it really trips a death trap I didn't want to walk into myself. Stuff like that. Get connected with the people around you in this post apocalyptic world and make decisions that effect their lives. THAT would be cool.

All in all, I really can't wait for a new Fallout game. It's about that time. I completely HATE Elder Scrolls Online so anything new from Bethesda right now is not of interest to me. I just go back to playing Skyrim and now back to Fallout 3. The time feels right for a new Fallout game and I think most people agree. Email ThisBlogThis!Share to TwitterShare to FacebookShare to Pinterest
Labels: Talking About, Tom Badguy