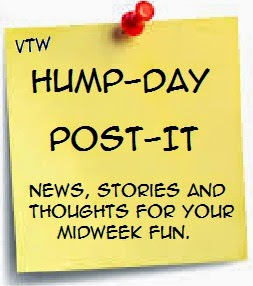 WOAH, what is this.. A new Indeed Hump Day!  Sweetness.    So today is about life experiences.
Recently I finally took a day off and hung out with my daughter where we headed to the coast.  Sand, waves and burying dad in a mound of sand.  On the way back we were talking on why I love the beach so much.  I explained to her that the feeling of the sand and the sound of the waves that calm my soul.  It is simply one of the greatest “man in nature” feelings I have experienced.  She asked if there were any others.  And in-fact, there are.  So I figure that would make a great Indeed Hump Day topic.  I will share 4 of my favorite, and memorable Nature experiences.
1.       The Beach:  Mainly reasons as I explained as the full force of the ocean continues without end and reshapes the land without care or direction.   AS one can build a sandcastle and admire in the wonder of the creation, they soon will leave and the ocean will rise up and reclaim the sand with assistance from the wind.  Thus the process is started again with the next adventurous soul.
2.     Top of the Mountain: During my scouting days in southern Oregon I was at camp where one day we scaled Mt. McLoughlin.  Only at 9800 feet but it towers over everything in the area.  At 15 I was amazed with the view from the top looking down into the valleys surrounding the mountain and thinking of the sheer numbers of life in the forest below.  Also the distance you can see to the next old volcanoes many miles to the north and south.  Standing on top of what used to be a destroyer of life only to see how much life surrounds it.  (I still really want to go to Hawaii and poke a lava flow with a stick)
3.       Fireflies.  After high school Kerry and I made our way to Tennessee for college.  On the way we stopped in Kansas.  That night I was amazed in the view in a field of millions of fireflies flickering in the evening light.  Standing in the middle of that created such an amazing view of the world around me.  To others it may have not been much, but to someone who has not seen this, it is something that has no comparison.  Simply Beautiful.
4.       Daybreak: The last one was something that was not planned but happened.   When Kerry and I decided to return to Oregon in the Summer of 92’ we each drove our cars along the southern route through Texas (a whole different story for another time)   Late one evening we arrived at the eastern gate of the Grand Canyon.  It was pitch black and the wind was howling well over 40 mph.  We made our way to one of the overlooks.  The night blackness was so think that you could stir it with a stick.  Granted it was late and we couldn’t open the car doors because of the wind.  We kicked back our seats and decided to call it a night.  Soon I was woke by a knock on my window.  It was Kerry.  He simple told me “You may not want to miss this”  The light of the Sun had barely started it trek across the night sky.  The stars started to fade as each minute passed.  We sat in silence and watched the rays of sunlight overtake the darkness and take hold on the rocks of the canyon below.  We noticed we were overlooking the painted desert and quickly understood why it was called as such.  We watched the light brighten up on the ridges where patterns of shadow quickly retreated in the bends of the rocks.  Before we knew it, the sun had risen and the day begun.  As well as the quickly rising temps.  After a quick nod, we were off to find some food.

Jazzmin has always enjoyed time with me and I try to teach her that there will be moments like these that you should never forget.  With that memory, think of it often, share it with others.  “Can you think of any?”  She simply said, “I have the Beach”
Posted by Tabaxion at 1:56 PM