If you've seen my DCC pick ups post, then you saw that I grabbed two graphic novels and got them signed by Steve Lieber; Whiteout and Whiteout: Melt. I read these two books a couple nights ago, and WOW, was I impressed. I had a feeling it was going to be good since Greg Rucka is the writer, but I had no clue that it was going to be REALLY good. That's one of the fun things about comics and also about random pick ups. You never know what you're going to get. Now, in all seriousness, with random pick ups you tend to get mediocrity but when you get those unsuspecting ones that are good, it makes you feel like you're some kind of fortune teller and you know which ones are good from the bad(when in reality, you have no fucking clue).

Whiteout is about a US Marshal named Carrie Stetko that works in Antarctica. She was thrown there due to a previous, sketchy assignment she had stateside that went wrong, so her punishment was duty on the Ice. In the first volume, she investigates the murder of an unknown victim found left in the snow which then turns into a twisting and turning investigation that leads to more murders, a British secret intelligence officer, betrayal, danger, and more. The book is pretty much a detective story/cop thriller. Whiteout: Melt is more spy oriented, where Carrie Stetko helps her country find some Russian special soldiers that stole nukes from a hidden bunker at a Russian station left behind from the Cold War.

I will withhold spoilers, I promise. Both books are amazing. The team of Greg Rucka and the artist Steve Lieber is a match made in heaven. Not only is this book fun to look at, but Rucka's writing shows a great deal of detail. You can tell he did his research. From stating degrees below freezing, to how equipment, guns, and other things freeze when exposed to too much cold; I wonder if Rucka has actually been to Antarctica? If not, he could fool me. The way Rucka describes the settings through Carrie Stetko's narration really makes “The Ice” feel more like a character rather than just a location. I don't think I've read anything that comes to something like that. It is very inspiring. I'm really glad I picked up these books. I want to thank Steve Lieber for the awesome autograph and sketch. These stories did not disappoint. 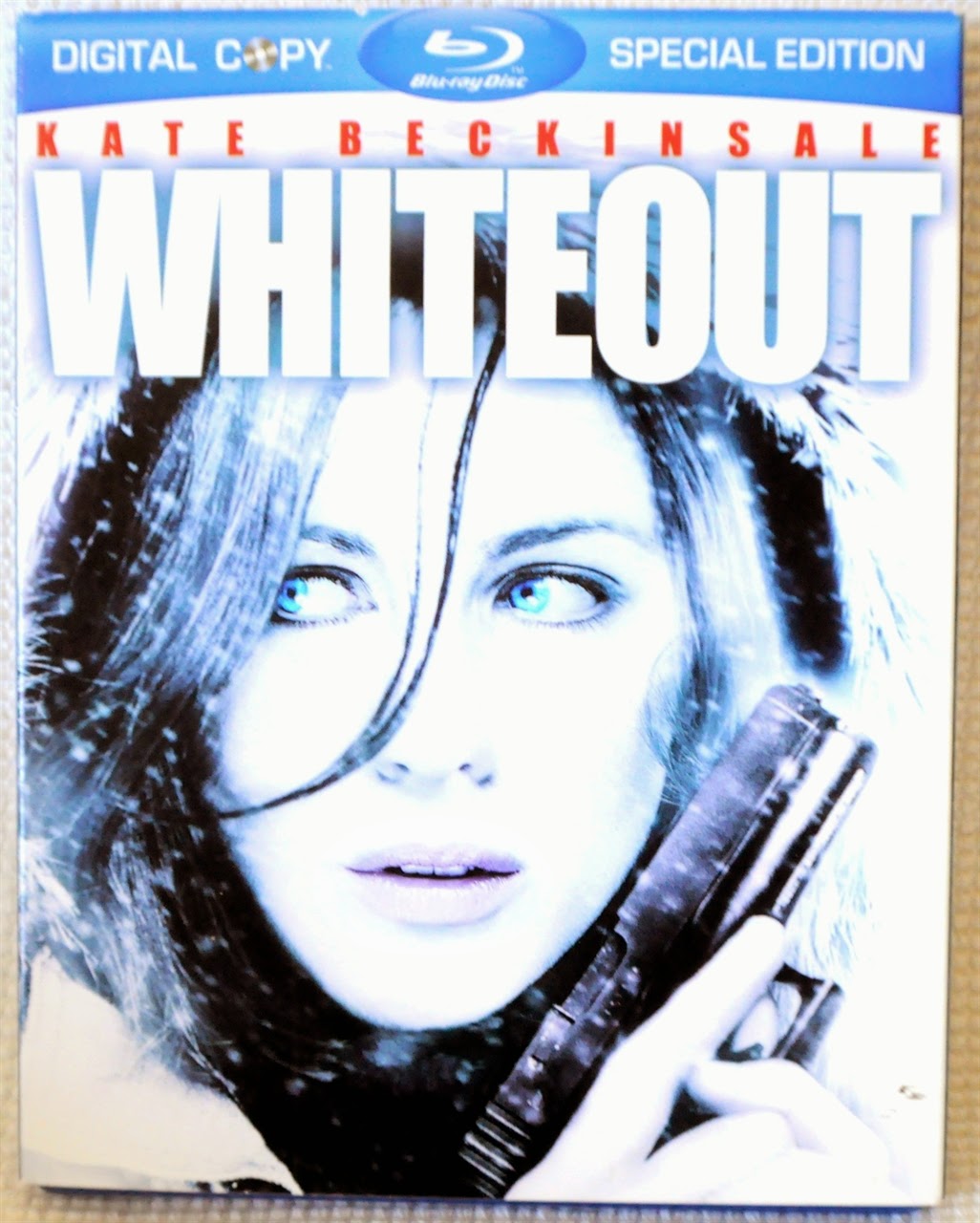 Now, after I got done reading these, I thought to myself, “one of these stories should be a movie.” Well, low and be hold, they did make a movie in 2009 which starred Kate Beckinsale as Carrie Stetko. I haven't watched it yet, but based on what I've read, it's a real shit stain. Don't you hate that? You get an idea and find out that it is real but it just sucks? I mean, I guess I shouldn't be too rash, I probably should watch the movie(which I will, trust me) but I'm not hyped. I even read the story from Wikipedia and it doesn't sound anything like the books. Seems more like its own thing....which is probably a big reason why it sucks. So hopefully after I finally watch that, you'll get another post about the movie and my thoughts.

On a closing note, I checked to see who published Whiteout out of curiosity. It was Oni Press. It rang a bell and then I remembered I just finished reading a comic a week or so ago called Queen & Country and connected the dots. Then I noticed the next weird thing. Both Queen & Country and Whiteout were written by Greg Rucka. So I dug deeper to see who else has written or illustrated for the publication. Check this out: Frank Miller, Brian Michael Bendis, Judd Winick, Kevin Smith, Paul Dini, Sam Keith, the list goes on. So, my mind's eye is just popping with shock and my internal monologue is stuck with a lot of “Whoas!” and “What?! WOW?!” With this new knowledge, I think I'm going to invest more in getting Oni Press comics. As far as I know, it's still alive and kicking. And if they can produce books like Whiteout, I'm in for a good time.