I'm relatively new to PC gaming and the usage of Steam. I say I've been PC gaming for over a year or so now. Thought I would share my impressions on a somewhat “newcomer” to PC gaming and talk about Steam and their Summer Sales. THEY'RE FUCKING AWESOME. End post. Just kidding. I think Steam deals are one of the coolest things in gaming today. I got home after work last night, brought up Steam and saw that almost every game on my wish list was on sale. I was in heaven. It makes me wonder why all gamers don't at least PC game along with everything else. Lets see what I purchased so far:

- Fallout 3: Game of the Year Edition 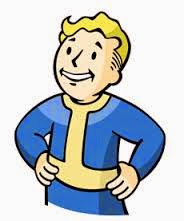 Now, F3GOTY has been pretty cheap on Steam for awhile, like only $20. But I don't tend to buy Steam games unless I really want them or, primarily, if they are on sale. This be the case. I've wanted to jump back into Fallout 3 since its been many years since I have beaten it. I'm pretty sure I'm at the point where I don't remember to much(at least location wise) so I should be able to get through it without feeling bored. I built my character and I'm about to get through Vault 101 and topside. Side note, when the fuck is Fallout 4???

This was actually a game I had on my wishlist and forgot about. It's only $10 so I would have gotten it ages ago if I remembered it was there. For 50% off, yeah, I made sure I got it. I played this a lot so far. I liked the simulations and the goofy things you can do. As weird as this sounds, the tutorial was really well done; it gives you a great intro to the game and you pretty much figure out what everything does. After having lots of fun shooting asteroids at the Earth, I turned in, but I will come back to it many times, I know it.

I played Bastion and loved it, so when I saw this game was coming out, I had to get it. Now, I knew it's been out prior to the sale, but it was just an added bonus to get a discount on a recently released game. Another reason why Steam sales are just amazing. Haven't started it yet, but you know what it's like juggling Steam games(if not, get fucking Steam and find out).

I was actually iffy on getting this. I remember liking the NES version and asked myself why I would get it on PC, the NES version is perfectly fine the way it is. Buuuuuut, then I turned and got it because I was interested in the GFX and if Capcom isn't going to release and NEW games that seem worth while, I might as well focus on the old ones.

Like everyone else, I've heard nothing but awesome things about this game. I'm not 100% even aware of what the game is fully about. I just know it's 2D side scrolling and it's dark. But the hype Scorpius Jones has about this game, and the fact that it was on sale(love it) got me to purchase this game.

I wanted this game when it first came out but I was pretty distracted with Skyrim at the time. Now that there was a sale, I totally picked it up. Aside from the MvC series, I've never actually played a Strider game. This will be my first time. I hope it lives up to the hype in my head. If so, I'' probably shell out the $70 - $90 for Strider 2 on PlayStation to play all the games.

After Day 1, I have a lot to play. One other thing I want to talk about are the Steam card creation bullshit. I know myself, Kur0 and DocDead had not clue what this shit was. A month or so ago, I actually forged a card and got a game discount and two images(or some shit like that). Basically, unless you know you're going to get a cool deal, they're pretty much a waste. BUT, if you are interested in crafting these things, my advice would be to sell the ones you don't want, which will get you cash in your Steam Wallet, and then just buy all the cards you want to craft something. It will cost you no money if you just sell unwanted cards and buy the ones you want(just don't go negative on the Steam Wallet). I like that Steam is using something like this, it's just not worth while, but you can see the gears moving.

Before I close, I just have a question. Why don't consoles do deals like this on this great a scale? I have no experience on PSN but I know on Xbox Live, they will have deals, but nothing compared to this. I think this would help the consoles a lot. If anyone actually knows more info about this or as to why consoles don't go this extreme with sales, leave a comment below. Knowledge is power.

Overall, as a somewhat recent PC gamer, I appreciate this shit. The deals are something to look forward to. They are addicting and fun. I'm excited to see what other games I will get and I want to know what you guys are picking up as well! So, join the VTW Forums and post about your Steam Summer Sale pick ups on the thread linked below. It would be cool to see what people pick up and compare tastes and what not! And friend me on Steam: [VtW] Tom Badguy

Come share your pick ups in the VTW Forums: http://media.vtwproductions.com/forum/index.php?topic=11407.0