The Movie That Should Have Been His Comeback, Sabotage 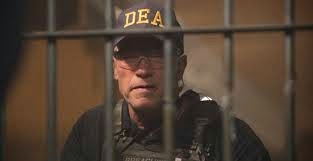 Hey kids, if my last review wasn't enough to make you never come back we're already off to another!

-1994 was a good year for movies and this film had the unfortunate timing of hitting theatres at the same time as epics like  "Forrest Gump" and "Pulp Fiction".

2. Willy Wonka and the Chocolate Factory

-Let's face it, 1971 wasn't ready for hoards of orange midgets and kids meeting their fate at the hands of some "sweet" deaths.

Last but not least,

-That's right, this movie has a cult following these days but when it first came out creators had a hard time marketing the strange piece. It's fight club, if you don't like it, get out of here hippy.


Now let me say before everyone crucifies me for comparing Sabotage to these cinematic gems. I am NOT saying that Sabotage is as good as any of the above mentioned, nor am I saying it isn't, all I'm saying is that it's a good movie that just so happened to not blow up at the box office.

Let's kick this off.


Arnold is the man.   He's been my favorite action hero since I was a kid and I will always give his movies a shot. Why? Well let's be real, it's not for an Oscar performance or for a life changing experience.

It's because I can ALWAYS expect to be entertained.

Arnold is his own flavor and I happen to like it.  Am I bias? F*ck yah, he's my dirty little pleasure when it comes to movies. And for more than eight years I was torchered waiting for him to get off the political pussy and get back to where he belongs, on screen, being the Austrian sack of muscle and goof that I want to see kick that bad guy ass again and again.

If you haven't been following Arnold's relaunched film career like the creep that I am, I'll catch you up.

Arnold has released two films prior to Sabotage. The Last Stand, and Escape Plan. These were NOT comeback movies! The Last Stand was the wrong kind of ridiculous and Escape Plan was all about Stallone (yawn). Now these weren't Arnold's worst (The first rule about Junior is that we DON'T talk about Junior.), but when you launch your career fighting cyborgs from the future, your fans want more than the defense of small town hillbillies and playing supporting man to ol' Rocky. 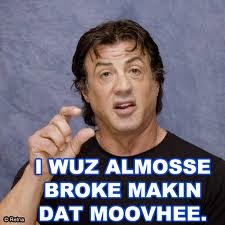 Alright, off the Arnold train and on to Sabotage...

Sabotage is the brain child of David Ayer. Who is David Ayer? Well let's see...he's only the writer of Training Day and Fast and the Furious. Oh yah, and he directed End of Watch.

What does that mean?

It means anti heroes with big guns and lots of baggage, it means an overload of what the f*ck situations, and means you won't know what's really going on until the last quarter of the movie and it all comes wrapped in a pretty little package with a violent bow on top.

This movie is not the Arnold we're used to seeing and it is not a light movie. It has the dark undertones we experienced in End of Watch and characters that are as morally grey as Detective Alonzo Harris is in Training Day.

Sabotage should have been his comeback.

There is nothing boring about this film, it kicks off from minute 1 and keeps pace for the remaining 108 minutes. 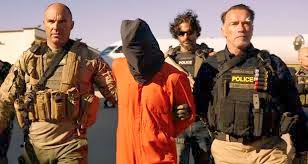 This movie had an AWESOME lineup. To name a few: 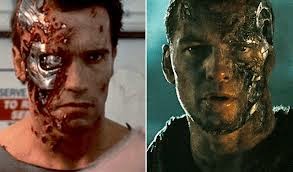 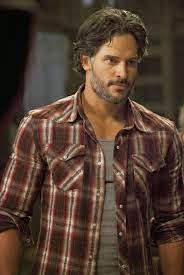 We also see familiar faces from J.J Abram's Lost and End of Watch. Who might those be? Just go and see. 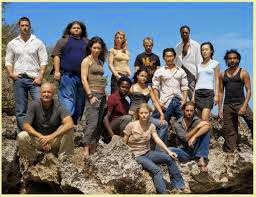 One of the things I liked most about this movie was the character dynamic. The characters did not have one set personality that they portrayed no matter what situation they were in or what other characters they were interacting with. They adapted, subtly and smoothly throughout the film. Also, the characters were realistic. The females were not glamorized, they looked like real people with histories of real problems. Were they bad ass, hell yes, Detective Caroline, played by the masculine and elegant Olivia Williams is my favorite kind of onscreen chick, bringing brawn and attitude to girl-world. And the men? They had beer guts, bad hair and every kind of vice under the sun. You could relate or at least say, "damn, I'm glad that ain't me." 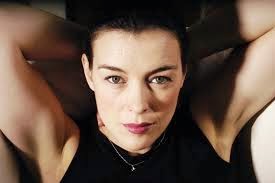 This film was well planned. The tactical movements were on point and the action was not "big Hollywood". This film was not Michael Bay, CGI, explosions of epic proportion. It was hand made explosives and backyard firecrackers- in a good way. Everything was filmed to be as realistic as possible, I could see myself in each situation and it stressed me out. And the blood, oh, the blood.

I like a movie that makes me wonder "what the heck would I do in that situation" and even better, I like a movie that leaves me coming up with zero solutions that end completely well for me. Why? Because it stresses me out. I want a movie that takes me on an adventure I can wake up from when the heat gets to heavy.

That being said lets move in The Bad:

If a movie is going to go the realistic route, stay that way. There were a few instances that I can't delve into to deeply without ruining all the fun that almost killed my trance in this movie. A couple scenes were rushed and to blatant. Have a little faith in your viewers Mr. Ayer, let us pick up on things, drop small hints, make us wonder, don't shove big deal after big deal into one scene, we don't need it.

And finally, the Ugly

Holy Lizzy Murray, what in the name of crack did you do to Lizzy Murray? All I could say was "This B*tch". 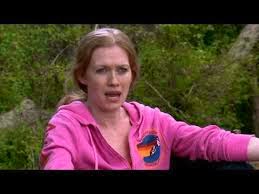 If this review is bleak there's a reason, go see the film. If you like action, violence and a good dosing of twisted, this film has 109 minutes of exactly that. 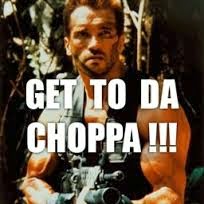 Email ThisBlogThis!Share to TwitterShare to FacebookShare to Pinterest
Labels: No Spoiler Alerts