INDEED POST-IT: MY WORLD OF LEGOS 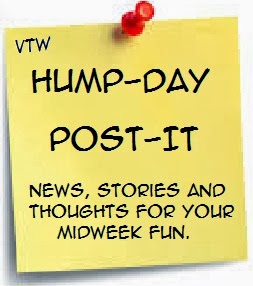 Well, it is hump Day.  This means there is a lesson to be learned.  Now I will stay away from the political and the religious only because there is no way to make everyone happy. Besides when the space aliens attack, all that will seem stupid anyways.

Today I like to speak to you about the greatest toy in the world.  LEGOS.  Yes, the muti-color blocks that can be made into anything the heart desires.  Back in the 5th grade, I was new to a school in Mesquite Nevada.  The school paper did little write-ups about incoming new students.  I remember mine when I was asked my favorite toy/activity.  I said Legos.  That earned me a few new friends and a few enemies. (Screw you Salvador, you were a prick anyways)  I stand by them only because of the simplicity of the object. A bit of history.   Created by Ole Kirk Christiansen in Billund, Denmark, who began making wooden toys in 1932. In 1934,
his company came to be called "Lego", from the Danish phrase leg godt, which means "play well."  It went to plastic in 1947, and by 1949 they changed to “Automatic Binding Bricks” which was patented in 1939.  In 1958 the changed the mold to ABS (acrylonitrile butadiene styrene) polymer.  Which is the current material used today.
Over the years they created sets to help build that need to buy.  Sets included were Town and city, space, robots, castle, dinosaurs, undersea exploration, wild west, and Vikings.  Each set gave unique twist in block design and color.  (I still have a 1980 space guy)  By 2001 they expanded into Bionicles with older Lego enthusiasts and push the engineering aspect of Legos.  FACT: One of the largest set ever commercially produced was Star Wars Millennium Falcon which released in 2007.  With 5195 pieces, this project will make you feel the need to bronze it after completion!  Only the Taj Mahal at 5922 topped that years later.  Granted at ECCC last year, I think a few personal projects top that three fold.
Even in Video Games we found comfort playing with Legos.  From Lego Harry Potter to Lego Star Wars.  You find the creativity in the basic design to be appealing.  You can’t argue how a simple block design could have become such a world wide wonder.  Even with the LEGO MOVIE due out in a week which we all are looking forward to.  RIGHT?  I am sure Christiansen would have never have imagined it would have gone so far.
As for me, I love them.  My collection was passed on to me from my brothers, which passed to my son.  He plans that bucket of blocks to pass to his children one day.  All I can say I will be right there,  on the ground with my creations.  I shall defend my little Lego world from the onslaught of my grandchildren armada, one space guy at a time.  Rawr.
-TAB-
Posted by Unknown at 10:04 PM